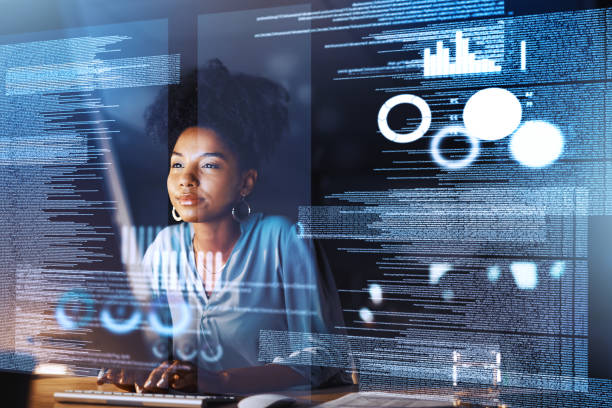 Governments across the world are grappling with the many ways in which artificial intelligence will change our societies. A digital divide already separates us. If these technologies are not harnessed wisely, they could be a force for destabilization, threatening mass unemployment, discrimination, data violations, and political manipulation.

This is why it is crucial that they are “democratized”, argues Dr. Jacques Ludik, a South African smart technology entrepreneur and author of “Democratizing AI to Benefit Everyone.” In Africa, which has lagged in the fourth industrial revolution, that need is especially pressing. Used correctly, data can help tackle pressing social challenges, from poor healthcare to education to unemployment.

“Everything is becoming data-driven,” Ludik explains. “People are empowered with smartphones, feature phones. You have sensors and now the Internet of Things… That provides the data; and the data gives an opportunity to provide a service. For Africa, I think it provides opportunity to leapfrog, as we’ve seen with financial inclusion.”

That is the goal of Ludik’s Cape Town-based Cortex Group, which develops AI-driven platform businesses and solutions to help business and society thrive in the Smart Technology Era. “From a personal point of view, I’m very interested in how smart technology can be used to help maximize quality of life, character building, sense-making, wellbeing, and meaningful living. I’ve also proposed in the book a Massive Transformative Purpose for Humanity and associated goals that complement the United Nations’ Sustainable Development Goals,” he says, referring to the UN’s targets to end poverty and protect the planet by 2030. “My focus is very much on the social good, maximizing the beneficial outcomes for humanity, and arguing for a more decentralized beneficial human-centric future where AI and its benefits can be democratized to as many people as possible. And if you think about social good – education, healthcare, financial inclusion – AI and data science will have a huge impact in those areas.”

His group recently launched a platform offering ultra-personalized, automated health coaching. Journey Wellness uses AI to build a profile of a user’s health and overall wellness, and provide advice on diet, exercise, and mental health. The idea is to help users change bad habits and avert chronic lifestyle diseases. It has also developed a financial wellness platform in partnership with Fairtree Invest. Cortex Logic has also partnered with Naspers’ Media24 as media partner on VIVE Teens, which is a cutting edge AI-driven personal wellness companion that equips teenagers with world-class content, advice, self-discovery and human-led support systems to not only cope with the challenges that they face every day, but also contribute to the development of balanced, emotionally mature and well-prepared young adults.

The technology may also help address chronic challenges, including low agricultural productivity, and poor healthcare, Ludik says. “There is a lot of potential here in Africa, with all the arable land, to make a difference. You can use AI, even by feature phones, to take pictures of things and get diagnoses about what is happening with the plants. And you can do the same with healthcare,” he explains.

Yet if the benefits of artificial intelligence are to be shared in a democratic fashion, there is a desperate need for upskilling and education. “There are just so many opportunities, but the issue is can we seize upon those opportunities, because we lack the people and we lack the infrastructure?” asks Gregg Barrett, who heads Cirrus AI, a private sector-led initiative which brings together industry and academia to establish world-class AI capability in Africa, from a base at Wits University in Johannesburg.

“Folks often think this is a box of hardware that you just throw stuff in, and magic comes out of it. But there’s a whole bunch of engineering teams and people behind those machines… all collaborating and using it as a tool,” he explains. “Just having that hardware is one thing, but you need everything else around it, including the plumbing, the data infrastructure.”

Although researchers across the continent are generating reems of data, Africa has no high-performance research cloud, and much of the data ends up in the black hole of individuals’ hard or flash drives. “It’s about having the ability to store that data and process it. Those are things you can plug into in the First World, but in Africa we need to set up that infrastructure,” Barrett adds.

Public sector capacity is desperately lacking. Look to the U.S., which has five state-funded AI research centers, each of which allocated $300m [AM1] over a period of five years, or Europe, whose Confederation of Laboratories for Artificial Intelligence Research brings together hundreds of leading scientists. “This is not like the First World, where they have a number of facilities and a thriving ecosystem. That stuff doesn’t really exist here in Africa. If you want to go out there make a difference, you’ve got to do that yourself,” he explains.

Barrett launched Cirrus in 2019, after almost a decade in the making. “The catalyst that got us going was my brother was in Brazil Synchrotron Light Laboratory,” he says. That research institution, known as LNLS, wanted to apply machine learning to the vast amounts of data it was producing, and asked him to get involved. The need to apply similar capabilities to the data produced by African universities became devastatingly apparent. “For us it was a case of, well, we need to do something here, because if we don’t do it, no one else is going to come along and do it,” he says.

Cirrus is working to plug the capacity gap with everything from academic programs to a “foundry”, or incubator, helping start-ups reach large-scale commercial application. It hopes to establish an exchange program with Brazil’s LNLS[GB2] , to skill-up African scientists. “Instead of the Brazilian folks having to set up their own machine learning platform, let them rather send data here and we can collaborate on processing it. Those are the kinds of discussions that got things going,” Barrett says.

Another area of focus is on building capacity around TinyML, a cutting-edge field bringing the power of machine learning to small, low-cost computing devices. Because they are inexpensive, these devices could be deployed widely across the continent. Cirrus has plans roll out a TinyML program for high school students. “We’re trying to create a good pipeline of students and faculty who are familiar with data science, machine learning, AI, so we can have sufficient human capital and talent to do research and apply data science and machine learning to all these areas of application,” Barrett concludes.

Ludik is also focused on upskilling, through his Machine Intelligence Institute of Africa, an NGO that aims to develop a collaborative impactful African AI Ecosystem in collaboration with a global partner network of excellence that helps to transform Africa and shape a better future for all. But bigger thinking is needed too, he argues. Education systems must be reworked to focus not only on digital skills, but on humanities and community-building, he says. That would help technical talent be applied with social goals in mind. “I think we need to think out of the box here,” he argues. “It’s not just about university or college. There are many other, smarter ways to skill people up, with the internet opening up, and all the resources available, and we need to do all of them.”

Africa’s data journey isn’t just about catching up but being a leader in some domains. It already knows how. In the earliest days of the continent’s mobile revolution, M-Pesa, a Kenyan mobile money app, brought financial services to millions of Africans by allowing them to transact small sums by text, and set off a mobile money revolution that swept the world.

“There’s so much space to create new opportunities that many haven’t thought of, because we’ve got some unique challenges in the region which we can apply data science machinery to,” says Barrett. He points to wildlife conservation. [GB3] Machine learning is already being used to track poachers, and to count elephants by drone. “African states already have some really good competencies in wildlife conservation,” he explains, “and if we bring data science, machine learning into that space, that can be adopted by the folks of South America and in other parts of the world, as part of the conservation and climate change agenda.”