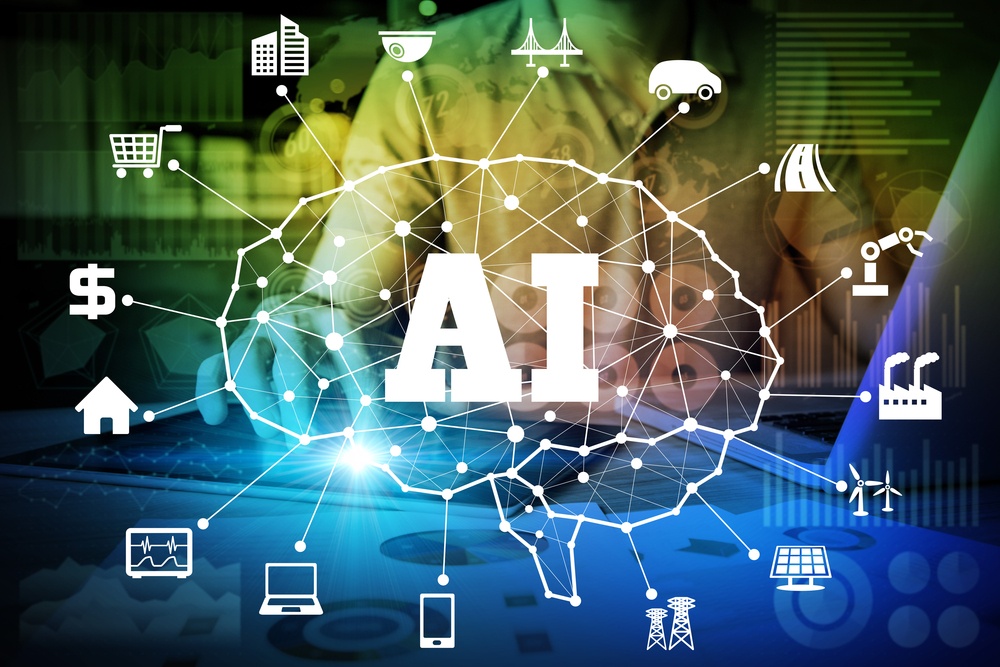 Technology-based start-ups have long been an important driver of Africa’s economic growth and competitiveness. But while these firms provide outsized contributions to employment, innovation, and productivity growth, many policymakers focus more broadly on helping all business start-ups without regard to type. Such a broad-based focus will do little or nothing to spur economic growth for three key reasons: First, most owners, mostly cofounders of new firms have no intention of growing beyond just a few employees; second, small, nontechnology-based firms on average have much lower productivity and wage levels than larger firms; and third, most non-tech start-ups are in local-serving industries (e.g., retail) and as such create few net new jobs. Rather, policymakers should focus on spurring high-growth, technology-based start-ups. These firms, by definition, seek to grow; they offer better-paying jobs; and they are almost always in export-based industries that help competitiveness. While they account for less than 1 percent of all our businesses, if the share of these firms could be increased by just a fraction, the result would be greater job creation, productivity growth, global competitiveness, innovation, and a stronger African economy. Yet, to formulate good policy in this area, it is important for policymakers to first understand the state of technology based start-ups in the African countries. This article quantifies entrepreneurship in 10 technology-based industries. The first section discusses what differentiates a technology-based start-up from the typical new business. It then details the former’s importance in terms of job creation, wages, research and development (R&D), and competitiveness. We analyze trends in the number of start-ups for a total of 10 technology-based industries. The second section provides policy recommendations to support the formation and growth of technology-based start-ups especially in the era of exponential technologies.

There is no hard and fast rule as to what is or is not a technology-based industry. Technology-based company is classified as such if its share of science, technology, engineering, and mathematics (STEM) workers is twice the national average. The Organization for Economic Co-operation and Development (OECD) identifies technology-based industries as ones with a high R&D-to-sales ratio (e.g., R&D intensity). For this analysis, I will use a combination of measures, including both R&D intensity and whether the industry appears on selections of technology-based industries published by the OECD, or the European Union’s Eurostat. Although firms in these industries may make less than 5 percent of African businesses, they make outsized contributions to income, employment, innovation, competitiveness, and productivity. Therefore, a slowdown in entrepreneurial activity in this sector would likely result in a reduction of these positive economic contributions over the moderate term.  How does a start-up in the technology industry (referred to as a technology-based startups) differ from a new business in other industries? In general, technology-based start-ups have high growth potential, in both employment and revenue, as a result of them seeking to develop innovations that have a clear competitive advantage in the global market. They often experience accounting losses for several years because they undertake heavy initial R&D and prototyping and testing investments, often many years before developing a significant revenue stream. Many fail somewhere along this process, but if their technology and business models succeed, they often experience robust growth rates, hiring skilled and semi-skilled workers and paying well above the median wage. This contrasts with the typical new business in other industries, such as a restaurant or local service firm, which does not invest in R&D, has little intention to grow, creates a small number of jobs often at low wages, and usually goes out of business in under 10 years. Even when these businesses survive, they tend to follow a slower growth trajectory until they peak at just a few employees. These key differences mean that, to succeed, technology-based start-ups face a set of challenges different from that of the typical start-up. They must find a way to grow before being able to make sizeable and sustainable revenue. They must be able to cope with significant global competition. They need to be able to develop and protect their intellectual property. And they need to be able to attract talent skilled in technology development.

Successful technology-based start-ups lie at the intersection of these three circles; these are the start-ups that usually grow into larger, successful businesses or are acquired by other companies to accelerate their growth. They currently make up approximately 0.3 percent of African businesses. To overly simplify firm dynamics, firms in technology-based industries have an outsized role in increasing innovation and competitiveness, while high-growth firms overall have an outsized role in increasing net employment and productivity. Growing and empowering the number of firms in this sweet spot of high-growth, technology-based start-ups will be a key driver for boosting U.S. innovation, competitiveness, productivity, and job-creation.

THE ROLE OF TECHNOLOGY-BASED START-UPS IN AFRICAN ECONOMIC GROWTH

Start-ups in technology-based industries benefit the economy in a number of ways: they create many high-paying jobs; they invest heavily in R&D; and they are more likely to export their goods and services.

Technology-Based Start-Ups Create Good Jobs Technology-based start-ups provide outsized contributions to overall employment growth. They create jobs at faster rates than other start-ups, with a greater share of these jobs remaining in the economy year-after-year; pay high wages; and, indirectly create many more jobs in other sectors.

High-Growth Technology-Based Start-Ups Pay Higher Wages While the number of jobs that businesses create matter, the number of “good” jobs (jobs that pay higher-than-average wages) matters even more. An independent personal or business-services company may employ a few workers at relatively low wages, but firms in technology-based industries on average pay much higher wages. Although not sub-analyzing technology-based start-ups, economists Diane Burton, Michael Dahl, and Olav Sorenson in analyzing Danish firm data from 1991 to 2006 found that as start-ups grew rapidly, they passed that success on as higher wages for their workers. They estimate that one-quarter of these high-growth start-ups pay a wage premium over older firms. And, as we find in our analysis, technology-based start-ups do pay a higher wage than other start-ups and the economy average.

Technology-Based Start-Ups Create Jobs in Other Economic Sectors Alongside outsized contributions to direct employment growth, firms, including start-ups, in technology-based industries enable high levels of indirect job creation. These are jobs created in other firms that technology-based firms conduct business with—for example, manufacturing jobs in production supply chains, laboratory technicians in third-party laboratories, hospital workers where biotech firms conduct trails, and lawyers and accountants that help firms. They are also responsible for induced job creation—the jobs created by the spending of their employees on everything from groceries and financial services to entertainment.

A strong African competitive position internationally will depend in large part on African firms introducing and exporting a steady stream of high-value-added technological innovations. Technology-based start-ups do just that, investing in R&D to develop technologically advanced goods and services, usually for global markets.  Indeed, a study reviewing 38 economic analyses of international-orientated start-ups found that investment in R&D is a key determinant of success in international markets. Firms that compete in international markets invest more in R&D than firms with only domestic ambitions. Investment in R&D is a strong indicator that a start-up will compete in international markets. A study of Danish firms, “Do R&D Investments Affect Export Performance,” finds that as start-ups that invest in R&D grow, they are likely to export more. The authors conclude that “the answer to the question asked in the title of the paper is yes. Export is affected positively if the firm has decided to engage in R&D activities.”38 Similarly, in a survey of 75 Canadian technology-based start-ups, the larger they grew, the greater their export intensity and export diversity. This means that as these firms grew, exports became a larger share of their sales revenue and the number of countries they exported to increased. In a British economic analysis that merged 2004 trade data with an innovation survey, the authors found that technology-based start-ups were up to 40 percent more likely to be an exporter than start-ups not engaged in innovation.40 One reason technology-based firms in general and technology-based start-ups in particular export more is because of the unique economics they confront, namely the high up-front fixed costs associated with developing innovative products and services followed by marginal incremental production costs. For instance, there is high fixed cost associated with developing a new software program, but once developed, creating an additional copy of that software costs virtually zero dollars. Similarly, developing the first new biologic or pharmaceutical drug can cost billions in upfront research, development, and clinical trials, but incremental copies can be produced at the marginal production cost. This means that the larger markets that international trade affords become critical for the success of technology-driven firms since they enable those high fixed costs to be recouped over many more sales in the global marketplace.

THE STATE OF TECHNOLOGY-BASED START-UPS IN AFRICA

A critical question for the future of the African economy is the current state of technology based start-ups.

It’s increasingly difficult to think of a position or career that is untouched by technology. Today, nearly half of jobs require some technology skills. In a decade, that percentage will rise even more.

In fact, labor economists predict that in less than 10 years, 77% of jobs will require deep and specific technical skills. And a staggering 65% of today’s primary school students will perform jobs that haven’t been invented yet.

The goal is to spark early learning and inspire students with technology, while establishing the key non-technical skills that employers seek Creativity, Critical Thinking, Computational Thinking, Communication and Collaboration Often referred to as the 5Cs, these represent key non-technical skills students must develop in order to achieve 3Es Employability, Entrepreneurship and Economic development.

In addition to developing the non-technical skills required in the workforce today, the aim would be to prepare students for the technological demands of tomorrow.